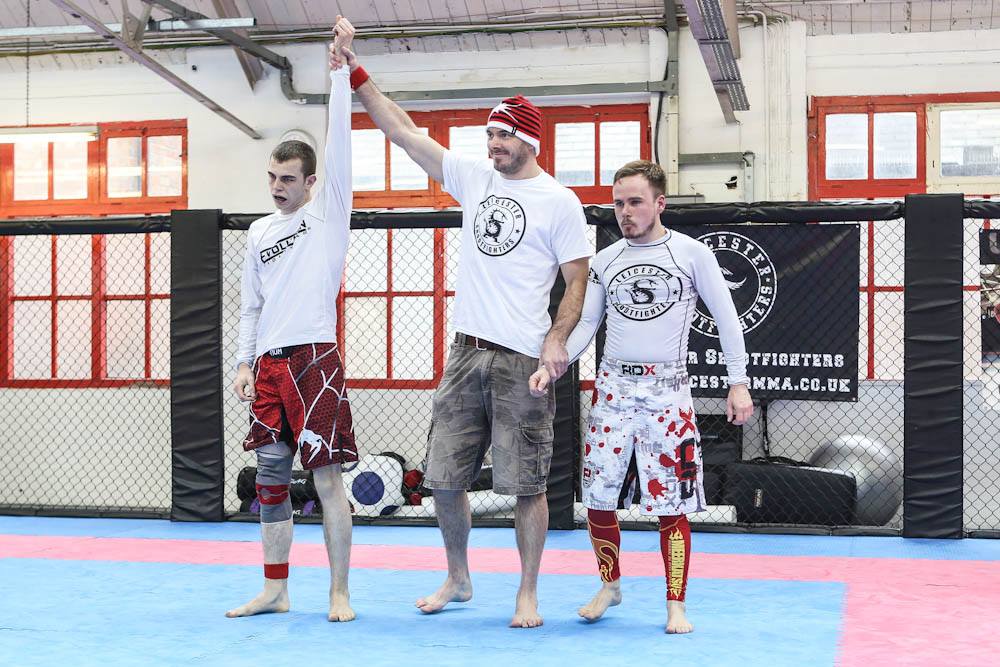 Representatives from Total Grappling team have been busy over the last couple of months fighting over the busy winter competitive fixtures. Here’s an update of the action over October/November 2014,

The London International Open saw Hayley win Gold in the Blue Belt Female < 69kg division and Bronze in the Blue Belt open division winning 4 matches with 3 submissions along the way. Congratulations to Hayley for her outstanding performance on the day.

The 2014 English Open saw Stuart and Ian represent the team with Stuart taking Silver in the < 64kg purple belt division and Ian winning Bronze in the < 88kg and open divisions winning 4 matches with 3 submissions. Congratulations to both for fighting hard and an honorable mention to Ian who managed to topple an opponent from the Super Heavyweight division in a David vs Goliath style matchup in the open division.

November also saw 4 representatives of the team compete at the Leicester Shootfighters 2014 Winter Nogi Interclub Invitational which gave all of those who competed their first taste of fighting without the gi (nogi). The day had lots of action with all of the Total Grappling members have 2, 3 or 4 fights with honorable mentions going to Ian and Tim who both won Silver in their respective weight divisions (< 85kg and < 70kg).

A massive well done to all who have trained hard and represented the team over these fixtures, you’ve all done the team proud and are quickly establishing Total Grappling are a team to watch out for and a shout out to Daniel Lewis for putting the guys through their paces at the competition training sessions in Aylesbury, these results wouldn’t have been possible without your help.