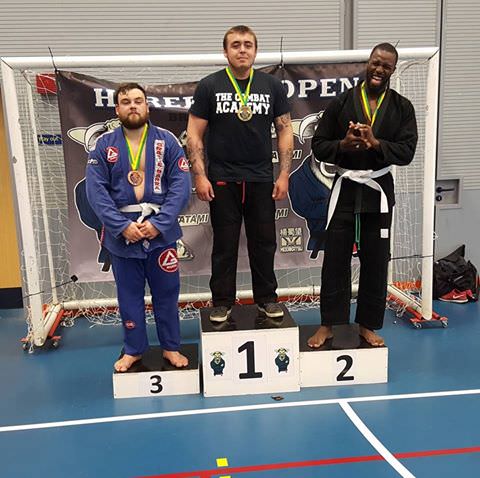 While on holiday Hayley made the trip to the New York State University to compete at the New York Spring Open where she took gold in the Female Blue Belt Middleweight division winning 3 matches against American and Canadian opposition with 2 submission finishes. Congratulations Hayley!

Total Grappling had a sole representative in Ejay head up to Hereford this month for the latest installment of the white belt only Hereford Open Competition. Ejay held nerves of steel to come away with 2nd place in his first competition winning his first two matches by large points margins en route to the final. Congratulations Ejay.