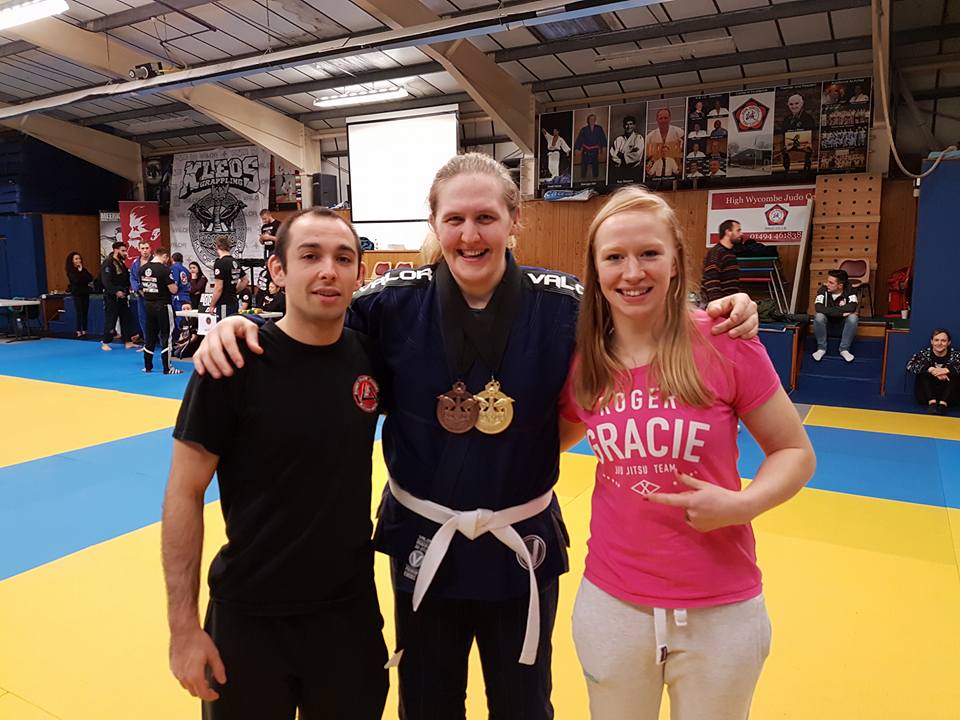 This month saw the return of Kleos Grapping 8: Judgement Day at the high wycombe judo center where the the RGA Bucks team were well represented as usual including some competitors from Total Grappling with good results.

First up saw Iain Tobin take first place in the Master White Belt Heavyweight division with a slick choke from the back followed and a dominant victory on points to close out 2016 with another gold medal. Congratulations Iain.

Next up Chloe returned to competition, this time in the Gi where she took first place in the Female White Belt Heavyweight Division with a submission from the mount followed on by picking up bronze in the White & Blue Belt Mixed Female Open Weight Division. Congratulations Chloe

As the year approaches a close we saw some representatives head down to Southend to represent the team at a charity event in aid of Myeloma UK with all the proceeds being donated to the charity. The competition was in a submission only format with matches heading in to sudden death overtime in the case of a draw. Coach Stuart achieved 2nd place with a win in overtime via rear naked choke in a division where here gave up a 10kg weight advantage competing in the 75kg Purple Belt division.